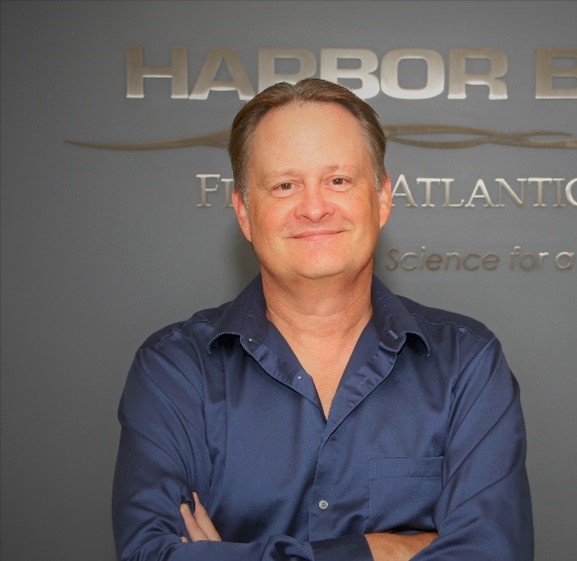 The Florida Institute of Oceanography (FIO) announces the election of Dr. James “Jim” Sullivan as its next Council Chair. Hosted by USF, FIO is state-wide consortium that serves as the state of Florida’s hub of oceanographic research and coastal stewardship and as an education and research resource for schools across the State University System (SUS).

Sullivan is the Executive Director of Florida Atlantic University’s Harbor Branch Oceanographic Institute (FAU Harbor Branch) and has served as FAU’s representative on the FIO Council for more than 5 years.

“FIO is delighted to welcome Dr. Jim Sullivan as Chair of the FIO Council. Jim brings a breadth of knowledge and wide-ranging experience in Florida ocean science research, academics, and operations and we are excited to see what that means for the council,” said Dr. Monty Graham, Director of FIO.

Prior to serving in his current role at FAU Harbor Branch, Jim had an illustrious career as a researcher and oceanographer in the public and private marine science spheres. He has developed (or co-developed) vital profiling and characterization equipment and is credited in over 50-peer reviewed publications. Sullivan also currently serves on Florida’s Blue-Green Algae Task Force, which supports key funding and restoration initiatives and guides regulatory changes.

“Florida is at the epicenter of the world’s most pressing environmental challenges. Given this, FIO is a critical organization and resource for numerous universities and other stakeholders in the state who are involved with oceanographic and coastal research, resilience and educational initiatives. I’m honored to work with FIO to expand its reach and mission,” said Dr. Jim Sullivan, Executive Director of FAU Harbor Branch.

The Florida Institute of Oceanography consists of 32 members including state universities. Established by the Florida Board of Governors and hosted by the University of South Florida, FIO provides support and shares marine science resources between the state’s universities and private, non-profit marine research entities. FIO operates the R/V Weatherbird II, R/V Hogarth and the Keys Marine Laboratory (KML) in Layton, Florida.

About Florida Atlantic University Harbor Branch Oceanographic Institute:
Florida Atlantic University (FAU) Harbor Branch Oceanographic Institute is a world class research organization with a focus on exploring the marine environments, studying key species and understanding the connection between humans and the ocean. Founded in 1971 as Harbor Branch Oceanographic Foundation, Inc., the Institute expanded its reach to over 100 miles along Florida’s east coast when it joined Florida Atlantic University in 2007. Located in St. Lucie County, the 144-acre campus along the Indian River Lagoon employs over 200 scientists, engineers, educators, staff and students. To this day, the Institute actively pursues solution-oriented research that addresses some of the most critical issues affecting coastal zones, oceans and human well-being. For more information, visit www.fau.edu/hboi.

About Florida Atlantic University:
Florida Atlantic University, established in 1961, officially opened its doors in 1964 as the fifth public university in Florida. Today, the University serves more than 30,000 undergraduate and graduate students across six campuses located along the southeast Florida coast. In recent years, the University has doubled its research expenditures and outpaced its peers in student achievement rates. Through the coexistence of access and excellence, FAU embodies an innovative model where traditional achievement gaps vanish. FAU is designated a Hispanic-serving institution, ranked as a top public university by U.S. News & World Report and a High Research Activity institution by the Carnegie Foundation for the Advancement of Teaching. For more information, visit www.fau.edu.

Tidelines: Stay up to date with FIO’s scientific, research and education support efforts.